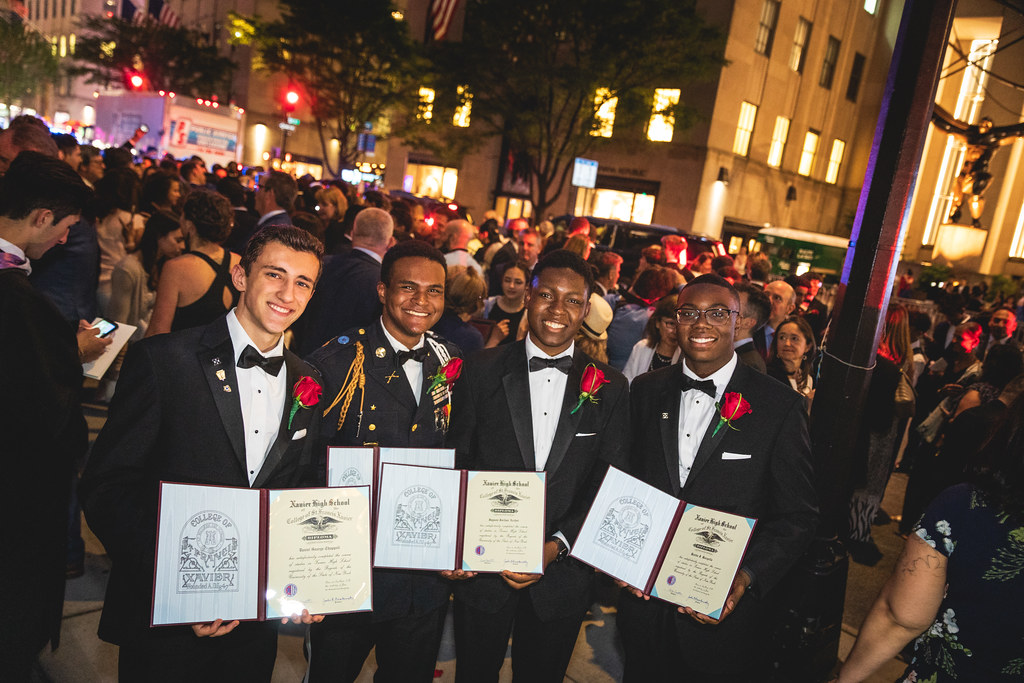 Xavier celebrated its 180th Commencement on Thursday, June 9, sending forth 260 seniors into the world.

A number of students were honored for their varied achievements throughout their time at Xavier. (For a full list of student awards, see the end of this article).

Lopez reflected on his four years at Xavier, stating, “Xavier didn’t just raise us and welcome us throughout our stay, it propelled us forward with good minds, good hearts, and the best friends and community we could have asked for.”

McGillick similarly reflected, stating, “When we came to Xavier as freshmen, we were confused teenagers, unaware of the immense challenges that our world faced—challenges which have only become more daunting—but throughout our time here, we have grown into educated young men with the foundations to be forces for good in the world.”

This year's Bene Merenti Medals, which honor members of the Xavier faculty and staff who have completed 20 or more years of service, were awarded to Director of Admissions and Financial Aid Steve Noga and English teacher Mary Grace Gannon P’03 ’07.

After the issuing of diplomas, a rousing rendition of Sons of Xavier led by history teacher Christopher Stevens ’83, and the closing procession, members of the Class of 2022 flooded out the front doors of St. Patrick’s Cathedral—joining the thousands of Sons of Xavier who have gone before them.

To see all photos from Commencement, visit our Flickr site. Baccalaureate Mass photos can be found here. To see a recording of the Commencement ceremony, click here.